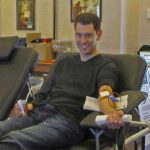 As one of the many outreach programs at Saint Martin’s, we partner with the American Red Cross several times each year to host blood drives. We recruit many donors and provide all the facilities, volunteers and snacks that are needed for the donors. Over the years, this ministry has added many units of precious blood to the Greater Chesapeake and Potomac Blood Services blood banks. 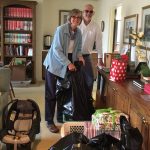 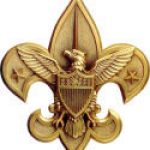 For boys from middle school to high school, Boy Scout Troop 771 has been a part of St. Martin's Lutheran Church for over 40 years.  The troop meets every Wednesday from 7-8:30pm.  In addition to its scouting activities, the troop plans and serves a pancake supper every year on Shrove Tuesday for St. Martin's Church and the community.  More information can be found at the troop's web site, Annapolis Troop 771.  The troop can also be contacted at .  More information about the Boy Scouts organization can be found at the web site www.scouting.org.

St. Martin’s has participated in the ministry to the Seafarers at the Dundalk Marine Terminal for many years. Every year, beginning in November, toiletries and other personal items are brought to the Narthex for the Seafarers. We then package these items in shoe boxes and gift wrap them for delivery to the Terminal for Christmas Distribution.

Wells for the People

As part of the ELCA Companion Synod program, the DE/MD Synod is a companion of the Mara Diocese of Tanzania. After a companion visit to Tanzania in 2003, a group of the travelers saw the need for a reliable source of clean water for the people, mostly in rural areas. The Tanzania Task Force was formed and after negotiations with the Bishop of the Mara Diocese, a site was selected for construction of the first well. The well was funded by donations, mostly from St. Martin’s, and was completed in 2006. It has been operating to this date without failure. Since 2006, 10 more wells have been completed.