Wells for the People 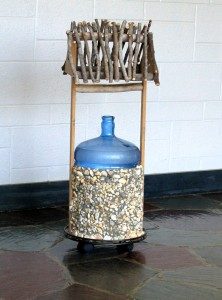 As part of the ELCA Companion Synod program, the DE/MD Synod is a companion of the Mara Diocese of Tanzania. Mara is in the northern part of Tanzania and is on the shores of Lake Victoria. Part of the Mara Region is in the Serengeti Game Preserve. After a companion visit to Tanzania in 2003, a group of the travelers saw the need for a reliable source of clean water for the people, mostly in rural areas. The Tanzania Task Force was formed and after negotiations with the Bishop of the Mara Diocese, a site was selected for construction of the first well. The well was funded by donations, mostly from St. Martin’s, and was completed in 2006. It has been operating to this date without failure. Since 2006, 10 more wells have been completed and a well for the Kiabakari Bible School is planned.

Anyone desiring to make donations for Wells for the People can mark donation envelopes for Tanzania Wells or send a check marked Tanzania Wells and made out to the DE/MD Synod.  Send checks to: